Thank you for visiting NLI to further explore topics presented in the Moore and Cosco interactive poster Creating Biotopes as Childcare and Schools (Inside-Out C&NN International Conference, Atlanta, May 2022). This page is a work in progress.

If interested, please check in periodically. We would love to connect with anyone interested in pursuing these topics and you can get in touch with us using the link below. 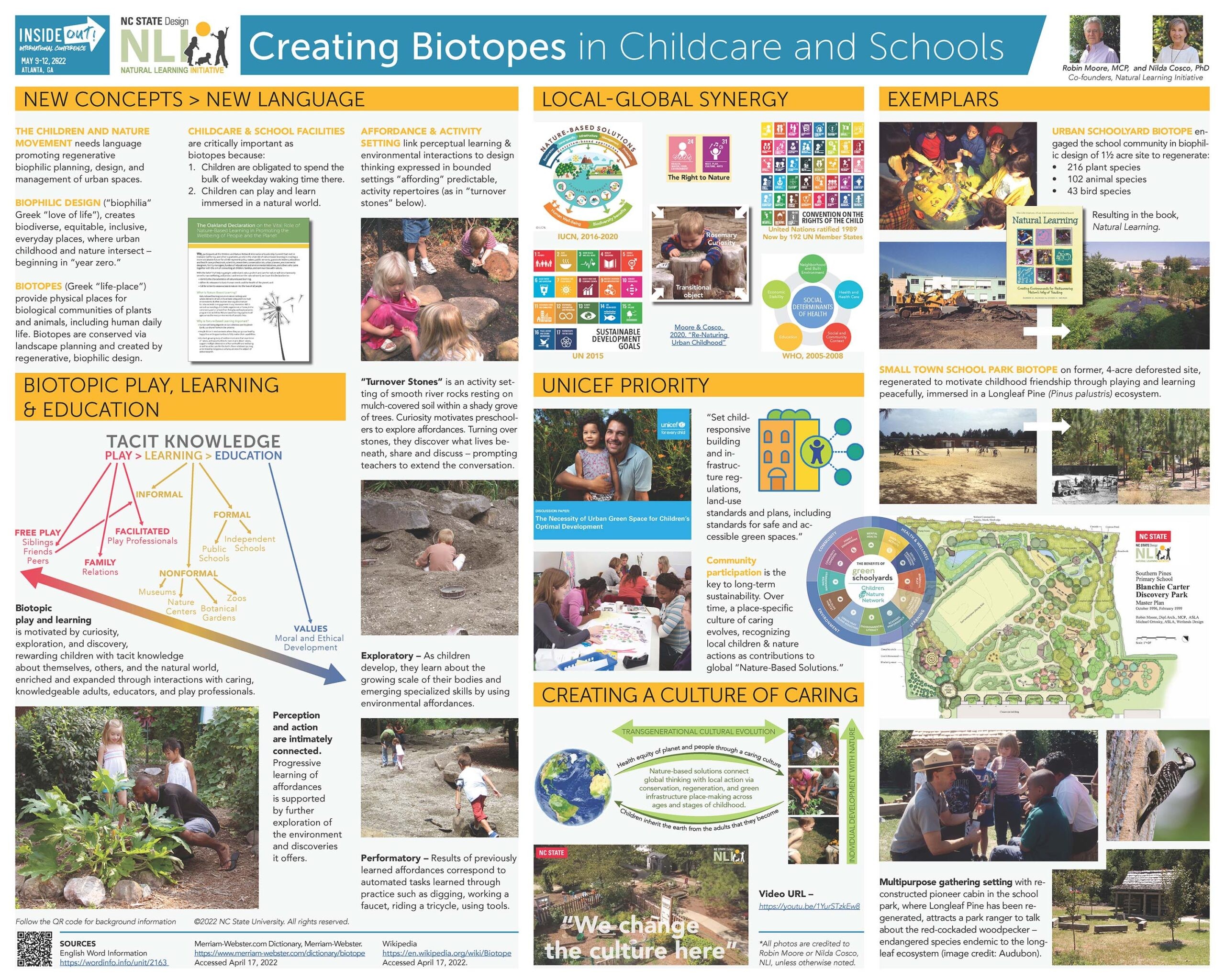 First mentioned by German-born American psychoanalyst, Erich Fromm (1900-1980) in Anatomy of Human Destructiveness (1973), as “Passionate love of life and of all that is alive.”

Elaborated by Harvard biologist E.O. Wilson (1929-2021) in Biophilia (1984) and further popularized with coauthor Yale social ecologist Stephen Kellert in The Biophilia Hypothesis (1993). The “hypothesis” recognizes the obvious fact that human life depends on nature and, as a matter of survival, assumes that humans possess an innate tendency to seek connections with nature and other forms of life – in short, humans are born with a genetically endowed love of life.

Humans have coevolved with nature (the biosphere) since the beginning. We now are entering the so-called Anthropocene or geological epoch where humans are directly responsible for managing our relationship with the biosphere. For full immersion in this topic, see Jedediah Purdy’s After Nature (2015), his brilliant 9-minute Duke University lecture (2016), and E.O Wilson’s Half-Earth (2016).

Biophilic Design: The Theory, Science, and Practice of Bringing Buildings to Life, Stephen Kellert, Judith Heerwagon, and Martin Mador (2008), was the first substantial publication defining a new field of thought and action.

In 23 chapters, the book addresses a broad range of theory, science, and practice. They include, related to the more macro built environment, “Towards Biophilic Cities” by Timothy Beatley, leading author in the rapidly growing biophilic city design literature. And in the more micro-built environment, “Healthy Planet, Healthy Children” by Robin Moore and Clare Cooper Marcus, addresses everyday potentially biophilic spaces of children and families.

Biotope is a term associated with the protection and regeneration of ecosystems. The subject of a biotope is a biocoenosis or “biotic community.” Originating in Germany, the term is applied in environmental policies in Sweden, and Japan.

In contrast to an ecosystem, which focuses on relationships between species, biotope includes physical components (soil, water, air) that species interact with. Compared to habitats, biotopes tend to be smaller, contain more diverse, dynamic ecosystems, and are bound.

Biotopes likely contain artificial, abiotic, or manufactured components serving as supports for human life and regeneration functions (stormwater infrastructure for example). Thus, biotope is an appropriate concept, with functional, operational dimensions, applicable to the biophilic design of built environments, where human life and nature intersect in the daily round and accumulate through the life course. 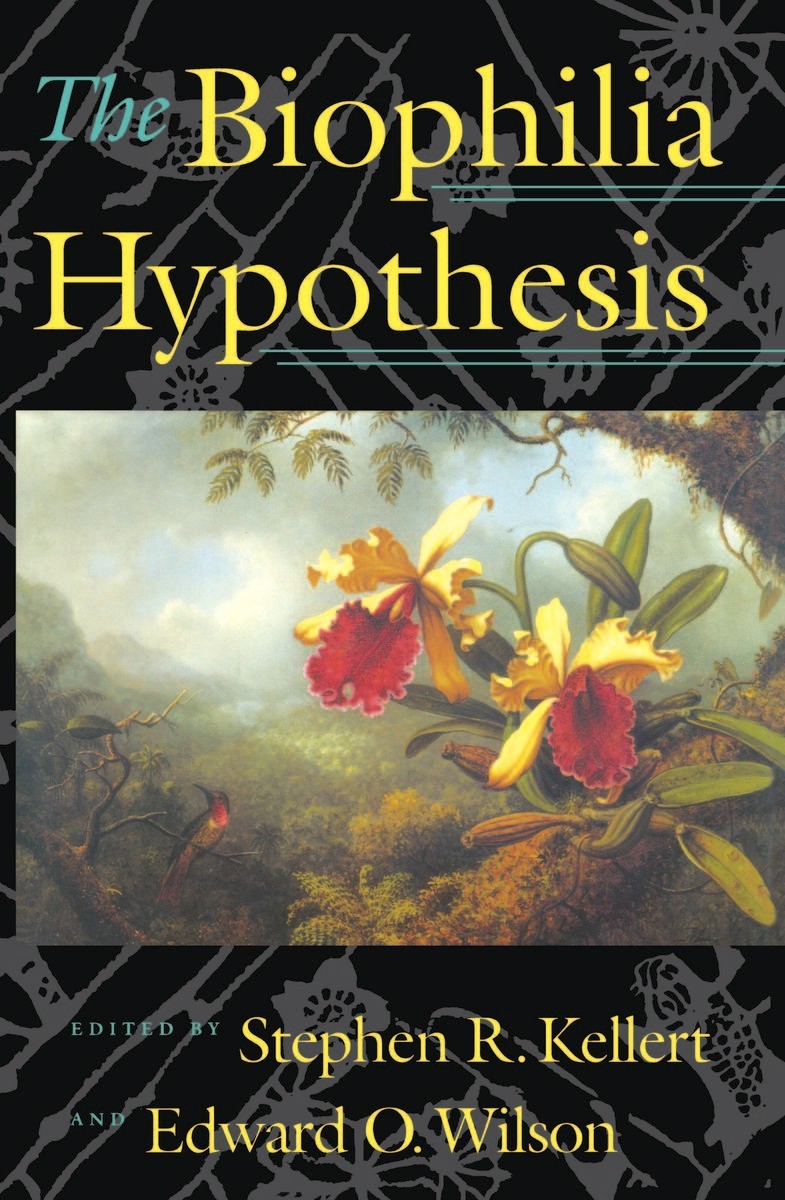