“Re-Naturing Urban Childhood: A Sustainable Development Strategy” looks back briefly to the European beginnings of nature conservation 450 years ago and the ever-changing construct of childhood and status of children to the present day, supported by the Convention on the Rights of the Child (CRC). In parallel, the evolution of international efforts focused on human dependency on the biological health of planet Earth are documented, beginning in the early 1970’s, including the Sustainable Development Goals (SDG), the Social Determinants of Health (SDOH), Nature-Based Solutions (NPS), the Millenium Ecosystem Assessment (MEA), and other policy advances. The critical question addressed is, how do these impressive, international advances frame the role of children, the young of Homo Sapiens, as actors with rights, as stated in the CRC, acting on their own behalf and the future health of planetary society? The chapter attempts to respond, with evidence-based support for engaging children with living nature, including an emerging recognition of the critical importance of early childhood (birth through 7 years) in the fight for sustainability. Children need to engage and learn with nature from toddlerhood through adulthood if they are going to become supporters of planetary health and beneficiaries of personal health. The growth of academic interest in children’s environments and the Natural Learning Initiative role in re-naturing children’s everyday spaces, with photographic examples, are noted. The chapter concludes with recognizing substantial advances in recent years in recognizing the need for high dosage children’s natural settings in everyday life, implementing them on the ground to facilitate childhood freedom and motivate nature play, learning, and education. 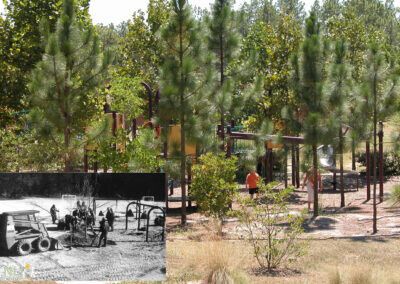 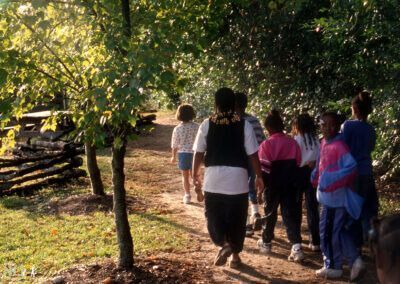 Peripheral trail around school park offers a positive social time for children, healthy exercise, and learning opportunities before, during, and after school hours—and at weekends for local families. “Me and the Biosphere” Children and youth need to grow and develop in naturalized urban surroundings of everyday life, where they can identify with nature and see themselves as part of their community and culture, sharing our planet together. 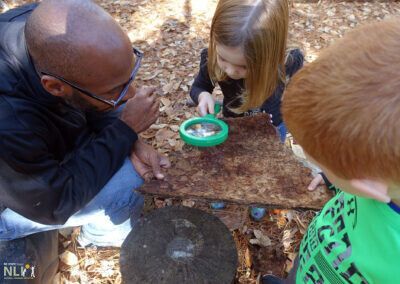 In a small, remnant, urban woodland, young children explore life on a piece of dead bark on the ever changing forest floor. 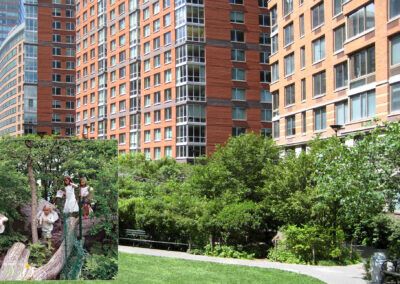 Teardrop Park in high density Manhattan, NYC, offers a nature playground to children of all ages, including a miniature woodland that also gathers and purifies storm water. 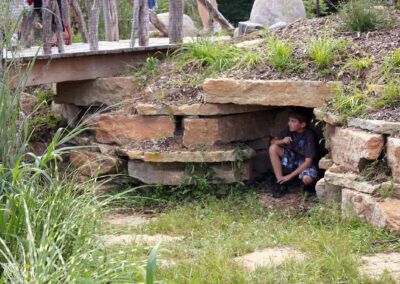 Cave-like places embedded within the surface of the Earth fascinate and shelter children and stimulate hide-and-seek games. 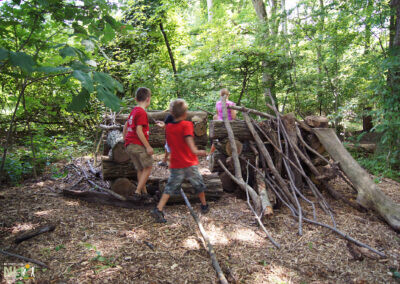 Small, urban woodlands with designated play settings and natural loose parts can be managed as creative play and learning spaces, attracting children to collaborate and create together. 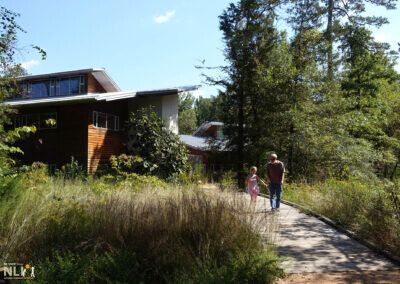 Nonformal education centers such as botanical gardens can be designed to be integrated with nature as “green infrastructure,” attractive to people of all ages to explore and enjoy together. 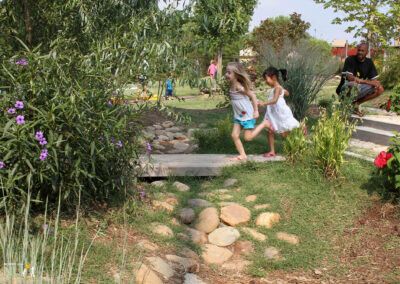 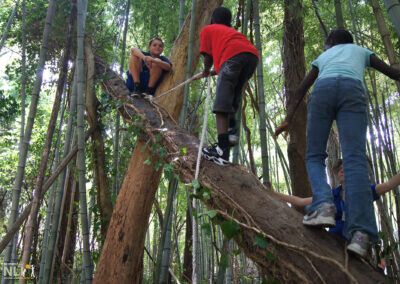 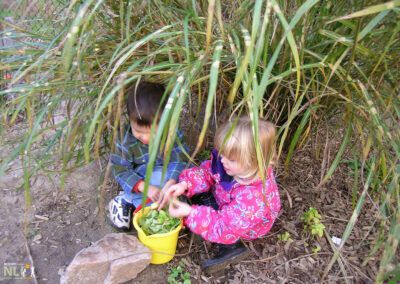 Small, everyday places, where young children can engage with nature together in harmony, are crucial and easy to provide.