The Edible Schoolyard (ESY) at Greensboro Children’s Museum (GCM) engages children and families in hands-on gardening and cooking “from seed to table.” Fruits and vegetables harvested from the “schoolyard” (growing successfully in North Carolina), represent culinary traditions from around the world. Betsy Grant, then museum CEO, inspired the idea of converting an underused lot on the north side of the museum into a nature play and learning space.

The initial goal of the project was to create many different options for naturalized play and learning for children and families. However, the stakeholders concluded that the space was too small for such a diverse offering. Instead, healthy eating became the goal of a new form of museum-based, permaculture learning garden, created to better serve the community by focusing on physical health outdoors.

Betsy’s team reached out to Alice Waters, founder of the world-renowned Chez Panisse restaurant and instigator of the original Edible Schoolyard at Martin Luther King Middle School, both in Berkeley, CA. The Greensboro Edible Schoolyard became a licensed satellite of the original. Alice Waters was guest of honor at the dedication and all-around-the-table dinner in 2010.

After school and summer gardening/cooking programs were offered to the community, with outreach to local schools, Head Start, and early childhood facilities. A fortunate circumstance was the on-site commercial kitchen that had served a café-restaurant prior to the museum moving into the building (a former automobile showroom).

The Edible Schoolyard has become a unique community crossroads of fruit and vegetable gardening, cheered on by local restaurateurs who share the same dedication to local foods and healthy, joyful eating. 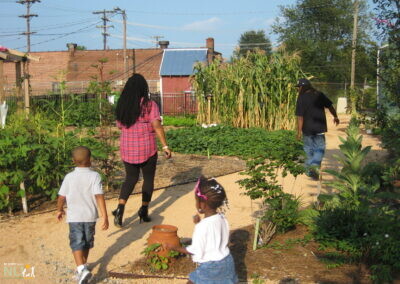 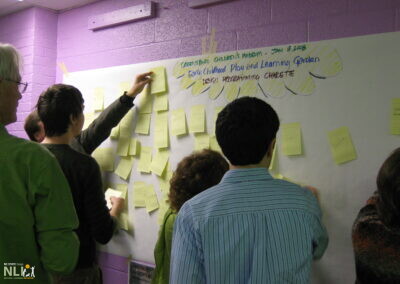 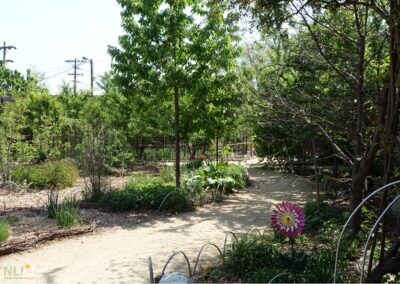 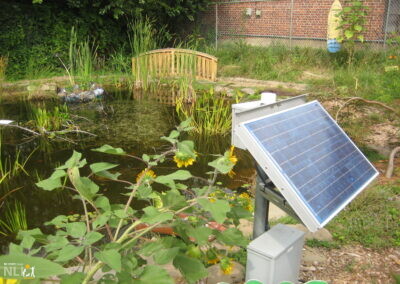 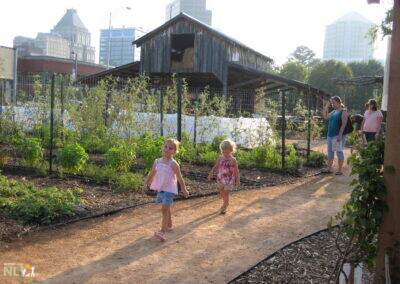 Central city location across the street from the public library 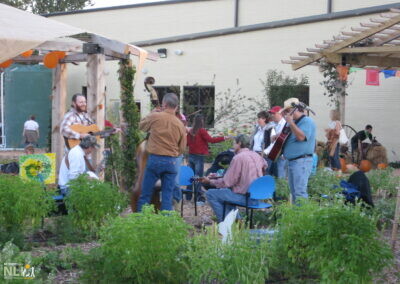 Hoedown brings the community together in a joyful garden celebration 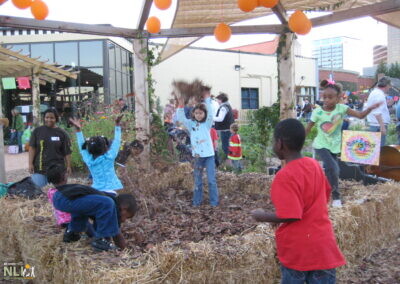 Hoedown play in the leaf pile! 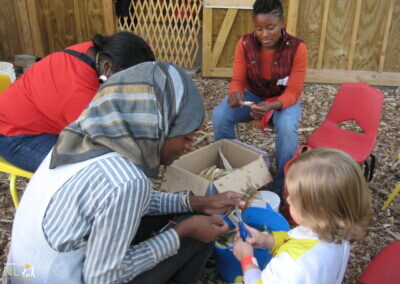 Gardening and food preparation can be a powerful cultural connector 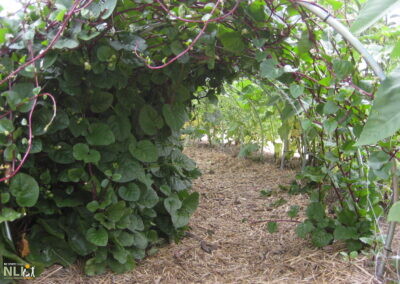 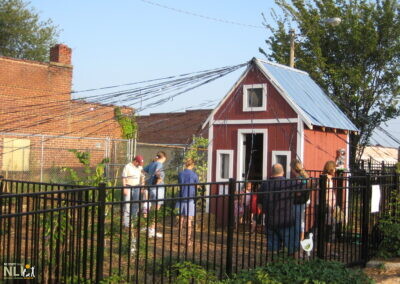 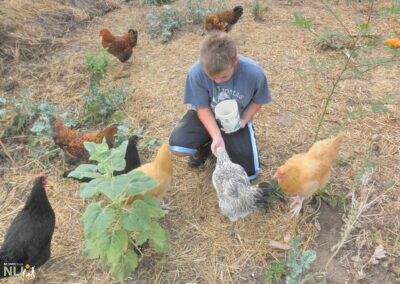 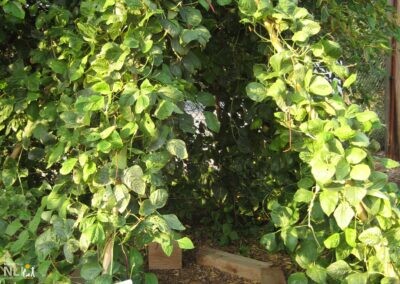 Hideaway under the Beans of the World 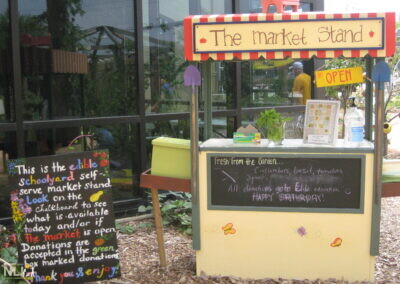 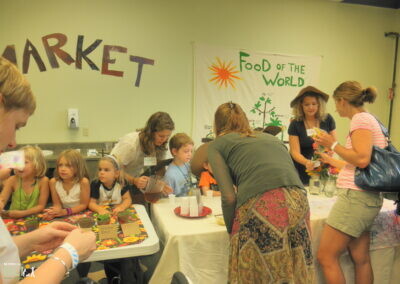 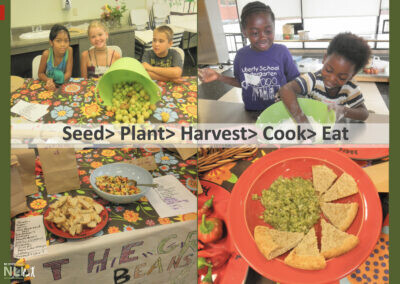 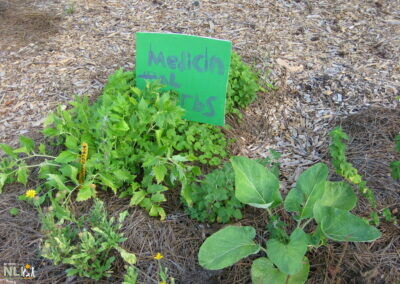 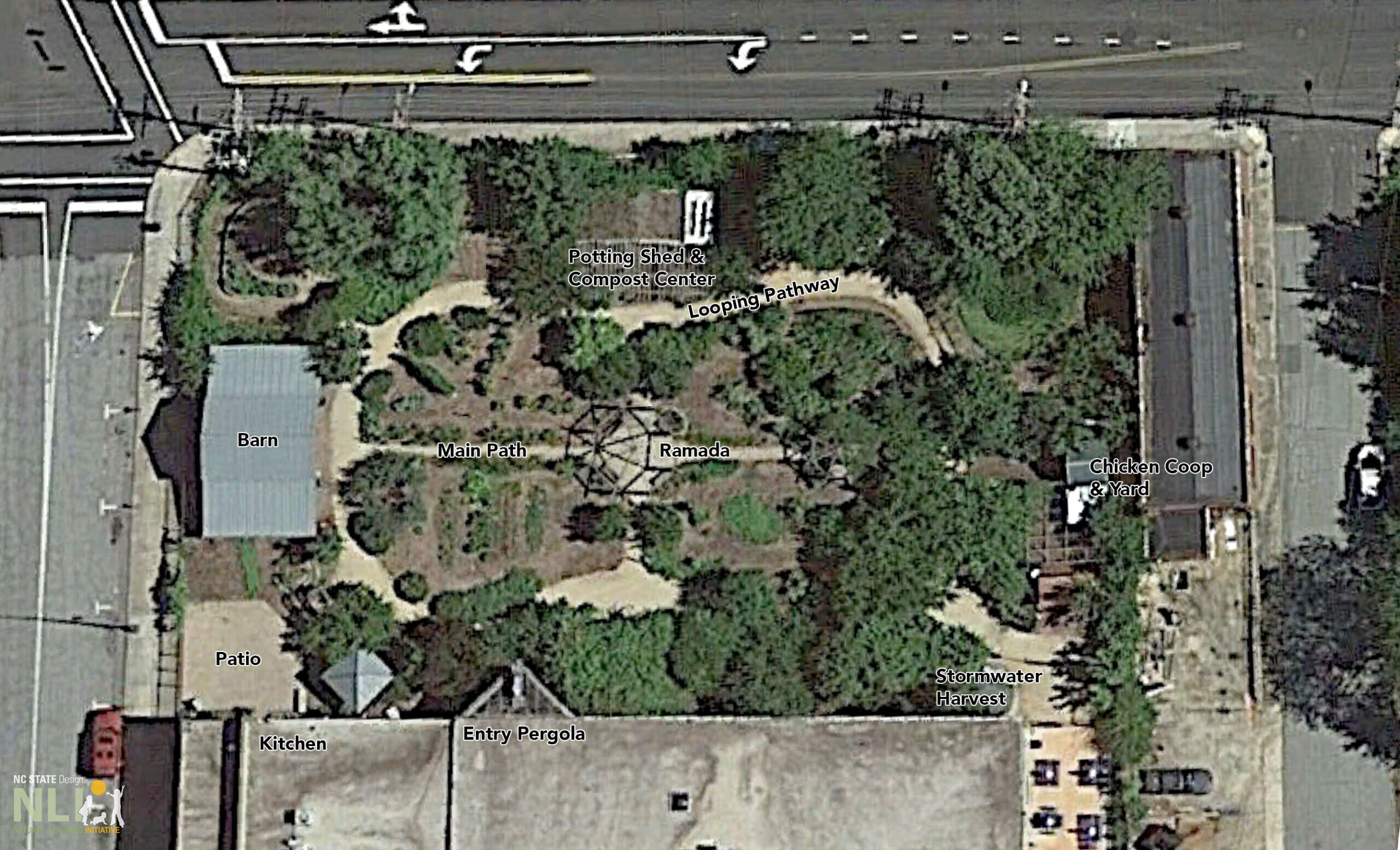